Rauma is a real treat for museum lovers. The museums in Rauma offer something to see and experience for visitors of all ages. You can learn about bobbin lace making and the history of seafaring as well as life in the heart of Old Rauma throughout the times. The opening hours and entrance fees can be found on each museum’s own website. 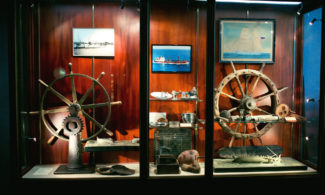 The Rauma Maritime Museum is located in the former Rauma Maritime school, which was completed in 1900. It exhibits the rich seafaring traditions in Rauma, focusing not only on ships but also on the lives of sailors. With navigation simulator Jenny II the visitor can experience sailors work.

The museum is suitable for meeting and celebrations and there is a possibility for catering.

Located by the market place, the Old Town Hall was completed in 1776. Today it serves as a museum. Its collections are related to the history of the town, including lacemaking. The museum also houses changing exhibitions. It is a baroque-style building, but its basic shape – a two-storey town hall with a clock tower – was common in medieval towns.

The Old Town Hall is an attraction of Rauma Museum and a Tracing the Past attraction. 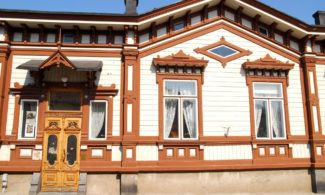 Marela is a home museum of merchant and shipowner families. The exterior of the main building was renovated in Neo Renaissance style in the late 19th century. At the time the house was owned by Gabriel Grandlund, a leading tradesman. Its decorative tile stoves, doors, panelwork and murals on the ceilings reveal the wealth of its former residents. The interior reflects the lifestyle of an old shipowner family.

Marela is an attraction of Rauma Museum and a Tracing the Past attraction. 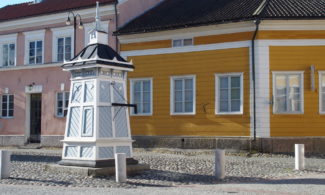 Rauma Art Museum is located in the Pinnala House in Old Rauma. The museum buildings and the idyllic yard form one of the Old Rauma’s best preserved groups of buildings. The historical milieu is a perfect setting for the museum to showcase the various phenomena of art, from modern art to the history of art. The museum’s calendar contains temporary exhibitions, events and workshops. The permanent exhibition, Eino Valtonen’s collection, contains works by the key artists of the Finnish golden era of art. The collection includes works by, for example, Akseli Gallen-Kallela, Elin Danielson-Gambogi, Pekka Halonen, Berndt Lindholm and Victor Westerholm. 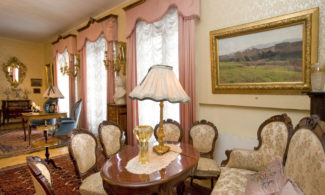 Teresia and Rafael Lönnström’s home museum exhibits the unique residence and art collection of an industrialist couple. Their home was opened as a museum in 1988. The Lönnström Art Museum’s exhibition is exhibited at the gallery of the home museum. 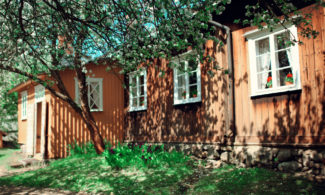 Sailor´s home museum. The buildings and yard of the Kirsti Museum are representative of construction in the 18th century and in the early 19th century. Over the course of history, the house has been owned by sailors, workers and craftsmen. Before becoming a museum in the 1970s, it was owned by the same family for 200 years. The museum exhibits the lifestyles of  house owners and tenant families in the 20th century.

Kirsti is a summer attraction of Rauma Museum.

Experience the rustic courtyard and its atmosphere in an authentic rural environment. The collection of the museum consists of 1800 items related to rural life from the 19th century and the early 20th century. Muina is located approximately 8 kilometres from the centre of Rauma.

Tracing the Past attraction.

A former storehouse, church stables, and the Jokinen house are all situated on the same hill. The storehouse displays old rustic items, weapons, photographs and miniatures. The exceptional church stables built in the early 20th century showcase agricultural equipment, machinery and smith’s tools, whereas the Jokinen house exhibits household goods, wartime items and commodities of an old shop.

Open on request and during events. Tracing the Past attraction.

Kodisjoki village, 18 kilometres from Rauma, has two museums: a regional museum in an old granary and Sepän torppa (Seppä croft) that includes for example a shoemaker’s workshop.

Kodisjoki museums are summer attractions of Rauma Museum and Tracing the Past attractions. 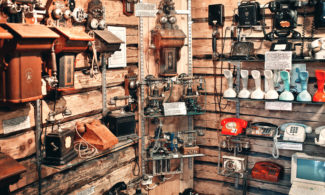 Telephone Museum is a comprehensive and very small museum, which presents old phones and phone technology in the middle of the idyllic Old Rauma. Open during the Lace Week in July and on request.